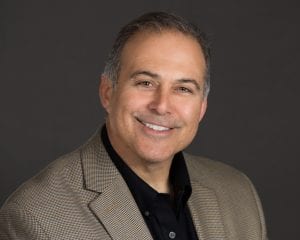 Robert Hunt is the owner of Renaissance Executive Forums Dallas. He serves business owners and CEOs through peer-to-peer advisory groups, executive coaching, and leadership development. His work with leaders and their teams in the Metroplex is known for changing lives for the better.

Robert’s purpose is “to help others remove obstacles that keep them from being their best.” That is what he does each time he steps into a situation. His passion for excellence and desire to honor God in whatever he does is one of the things we love most about him.

Robert was one of the original volunteers who helped us start the Dallas/Fort Worth Technology Prayer Breakfast in 2014 and has served in a variety of capacities over the years. We affectionately call him the “COO” because he jumps into whatever area needs leadership and does it with excellence.

Robert has also given his time to ministries like the Ring of Hope Boxing Club, Involved for Life, the Greater Dallas Business Ethics Award, and the Technology Ball. He lives in Frisco with his wife, Kathy, and his son, James, while his daughter, Lauren, is pursuing a music career in Austin. The Hunts attend Chase Oaks Church in Plano, where Robert leads the high school boys group he calls the “Band of Mustaches.”

Robert will be inducted into the Merv Tarde Values in Leadership Circle at the Dallas/Fort Worth Technology Prayer Breakfast on Oct. 5, 2018.